Brands have the power to bring people together

What do two former New Yorkers from traditional finance and law backgrounds have in common? A love for normalizing cannabis and creating a brand that welcomes all people in efforts to bring them together. Founders, Rusty Wilenkin and Jason Osni, met nearly 5 years ago via separate cannabis companies they had left their traditional careers


What do two former New Yorkers from traditional finance and law backgrounds have in common? A love for normalizing cannabis and creating a brand that welcomes all people in efforts to bring them together.

Founders, Rusty Wilenkin and Jason Osni, met nearly 5 years ago via separate cannabis companies they had left their traditional careers for and within moments, a 5-minute phone call to be exact, they knew they could create a brand that could change the game within a saturated market. And that’s what they’re doing with Old Pal. 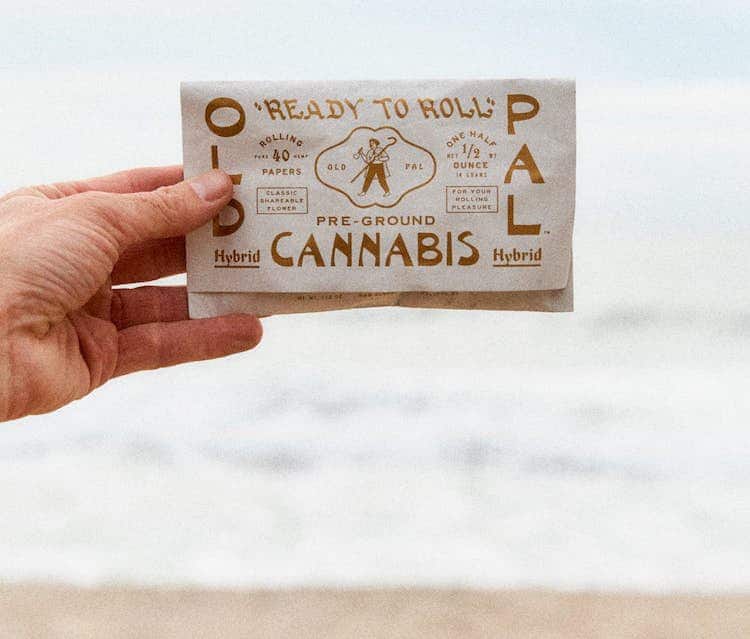 Rusty started Old Pal after beginning his career in media lending, then spending 4+ years in the cannabis space. The concept was born out of a white space that the team began to notice throughout the industry: there wasn’t a flower product out there that was both affordable and beautifully designed.

During that period he co-founded Prism Farms, in addition to negotiating all seed funding and distribution channels for the company. Rusty then built out the SoCal region for Flow Kana, doubling their sales team in Southern California. He then mirrored that success at Kiva Sales and Service, where he ran their flower and concentrate sales. Rusty began pursuing Old Pal full time in May 2018, and it’s quickly become the fastest growing cannabis company in California.

Jason co-founded Old Pal with Rusty after four plus years as the Co-Founder of NATIV, a premiere California cannabis brand that experienced rapid growth prior to its recent acquisition.

He currently sits on the board of Old Pal while also running Tongue and Groove, an incubation firm focused on the cannabis/lifestyle space. Jason began his career after graduating with honors from Fordham Law School and has consulted with many of the largest cannabis entities in the country. Jason shared the founding team’s recognition of a gap in the marketplace, and shared their passion for creating a product that is both beautiful and widely affordable

[Q.] Thanks for taking the time to speak with us! Old Pal’s motto is “It’s just weed, man”. Can you explain what the values are behind this slogan? How does your company incorporate these values into what it does?

[A.] Through simple product offerings, clear messaging, and an inclusive culture, we believe uncomplicated and honest cannabis products set us apart from the masses.

We found ourselves reminiscing on “old times” when people used to primarily roll joints, pass them down the line and share stories. With all the advancements in the cannabis world, it’s nice to  take. step back, toke and catch up with an Old Pal.

The Old Pal team lives by this mantra in everything we do from new product launches to consumer messaging. Transparency, honesty and simplicity guide every decision we make as a team. If something feels overly complicated, it probably isn’t the right direction for us. We analyze ways to move towards simplicity and ultimately come to decisions that are smarter for the brand, our consumers and fans.

[Q.] Tell us a bit about the 2 founders of Old Pal – Rusty, Jason, and Joe – and how their journeys came together for the creation of the brand?

[A.] Rusty and Jason met nearly 5 years ago when Jason’s first cannabis company, Nativ, was using Kiva as its distribution partner. At that time Rusty was running Kiva’s LA territory and the two of them immediately realized that shares a unique view on the industry….branding is the future.

Ironically, both of them are New Yorkers from traditional finance and law backgrounds and they had never met until they were both on the west coast. Both of them 29 years old and walked away from prominent career paths at the age of 24.

After a few years of working on their own projects within the cannabis space Jason (Jason working with Caliva and Rusty working with Flow Kana) reached out to Rusty to see what his thoughts were on redefining the ‘value’ shelf in the California cannabis market (they saw everyone focusing on the high end ‘craft space’ and felt there was a huge opportunity to create, what would later define as “weed for the people”).

Given both of their extensive networks, access to capital, and operational expertise (Jason’s in strategy/branding and Rusty’s in supply chain/distribution) they were quickly able to develop what would soon become of the largest CPG cannabis brands in the state/country…Old Pal 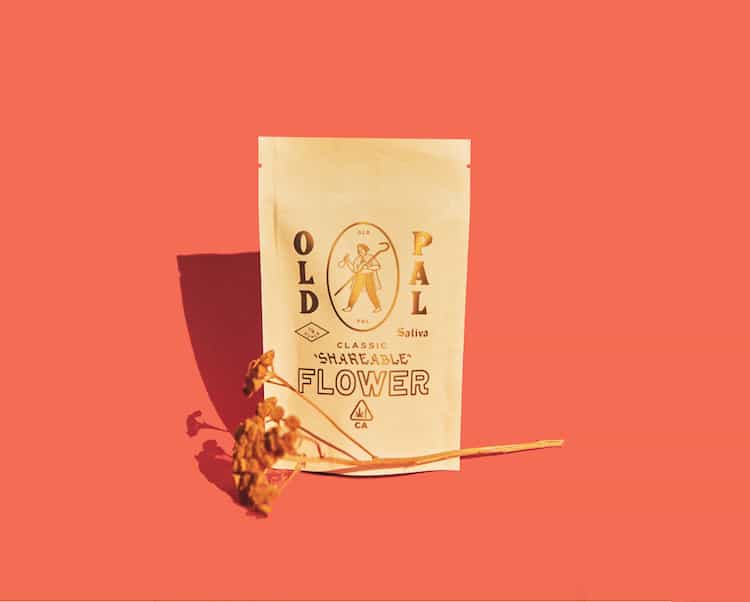 Jason – “I always had an inkling that if the right opportunity presented itself where I could create a strategy brand that needed operational/supply chain expertise, Rusty would be the first person I called…..my guess is he said yes because I can be pretty damn persuasive”

Rusty – “I always had a ton of respect for his (Jason’s) vision in the space and thoughts on brand, when he called me about Old Pal it made all the sense in the world. He was super persuasive, and from the first conversation, I knew this was going to be a life changing opportunity.”

[Q.] What problem in the industry is Old Pal trying to help solve?

[A.] The cannabis landscape has become a saturated mix of confusing product and brand messaging; Old Pal is here to provide an alternative to the mess with easy and approachable products. From product messaging to pricing, we are here to build and support of community of cannabis user who understand as we do, that the power of cannabis is the plant itself and hold reverence for the beauty Mother nature has blessed us with.

[Q.] Old Pal obviously focuses a lot on brand awareness and authenticity. Can you tell us more about how branding fits into your business model?

[A.] Brand is everything to us. Brands have the power to bring people together, build community and allow consumers to align with like-minded people. There is not much that differentiates cannabis products at the core, after all “It’s just weed!” but we believe that brand has immense power to stand out in a saturate market place.

We’re a casual brand and we welcome cannabis uses from all walks of life. From the compassionate usage elders to the bong-ripping hippies, we don’t discriminate. Cannabis is for all, for many reasons. And we make it easily accessible.

We’ve been building our brand for just over 1 year now, and the response and shared sentiment for our ultimate goal of bringing people together through cannabis has been amazing to witness. 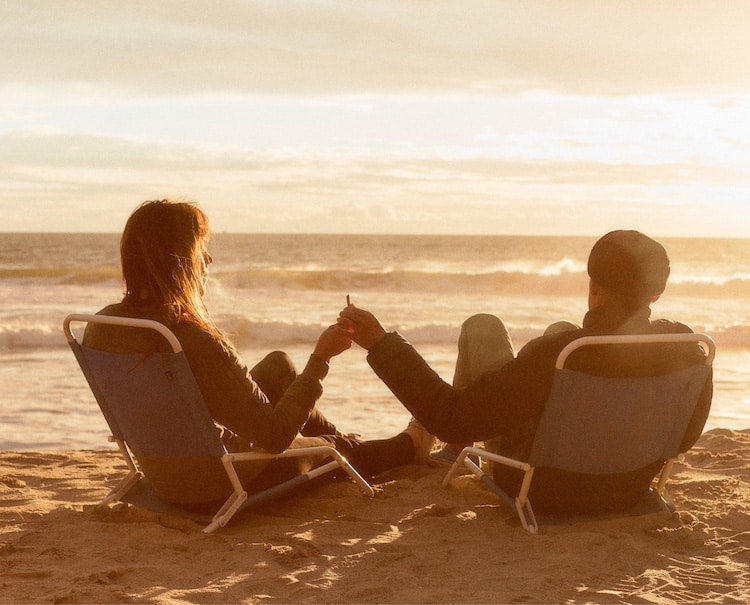 [A.] There is still a lot of ground for Old Pal to cover! New state and product launches are consuming a lot attention around the halls of OP. Along with continuing to push our mission of building an inclusive and accessible lifestyle brand that extends beyond our founding state of California. No small feats in this ever evolving and rapidly changing cannabis landscape.

Thanks for speaking with Cannabis Magazine!

Thanks for featuring us!