CBD vs THC – Whats the Difference? 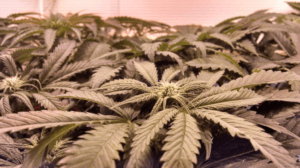 Refer to “cannabis” in any given conversation regarding its effects, and its likely you’ll encounter the two most common terms associated with its use: THC and CBD. What are they? How do they affect consumers? Better yet, how are they similar and how are they different?

Though almost everyone is familiar with tetrahydrocannabinol (or THC, the compound in marijuana that causes a high), CBD tends to show newfound benefits for health and wellness in the cannabis world. Currently, CBD’s effects are constantly being studied to determine its reactions in correlation with other cannabinoids such as THC.

In the now budding industry of cannabis and cannabis-related products, there tends to be two ever-emerging differences between THC and CBD:

1.) THC causes a psychoactive “high”, while CBD possess no qualities to do so.

2.) CBD tends to be known as a health and wellness supplement in the medical world, while THC is commonly viewed as a recreational substance, though THC has been observed to possess health benefits as well.

Understanding the relationship of these two familiar cannabinoids is key to obtaining your most optimal experience in the use of CBD and cannabis in general. Though there are very distinctive qualities separating the two, they tend to overlap one another in very interesting ways. If there existed a relationship status between THC and CBD, it would most likely state “it’s complicated”. 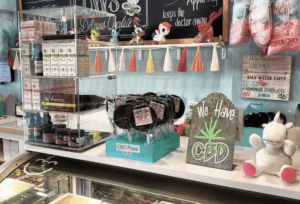 Cannabidiol, throughout the past few decades, has become the single-most researched cannabinoid to date. This is mainly due to the fact that CBD carries a multitude of newfound health benefits, in addition to being completely non-psychoactive in its side effects. Even though research of THC is continuous, the benefits available through CBD tend to outnumber those found in THC.

Health benefits of CBD, through various studies, have proven that CBD can assist in the treatment of several severe illnesses and disorders. Findings include evidence that CBD assists in psychiatric disorders such as PTSD, depression, and schizophrenia, as well as many clinical illnesses such as Parkinson’s disease, epilepsy, arthritis, and fibromyalgia.

CBD is also a powerful antioxidant, holding stronger antioxidative properties than both vitamins A and E, and has been found to carry significant neuroprotective qualities as well.

Currently, if a CBD product is THC free, it is legal in all 50 states. However, there is a gray area regarding the type of cannabis plant used to derive CBD. Depending on your state, it’s likely that you’ll avoid a possession charge if your CBD product was manufactured from hemp, as the U.S. government regulates a low THC content in agricultural hemp crops and hemp products.

On the other hand, CBD derived from special strains of marijuana that contain little to no THC content fall into a gray area as far as its federal legality. Marijuana is still illegal in the eyes of the U.S. federal government, whether it contains THC or not. Though 30 states have made the move towards legalizing cannabis in some form, federal regulations are in place that can cause CBD products derived from marijuana strains to be considered illegal. 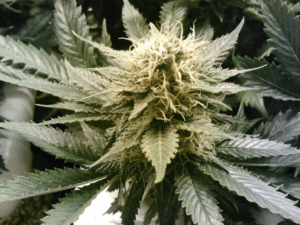 Tetrahydrocannabinol (THC), as the main psychoactive compound in marijuana, causes the consumer to get “high”, unlike CBD. THC is most commonly used as a recreational drug, though there is plenty of controversy  surrounding its natural, plant-based properties in comparison to synthetic drugs such as prescribed opioids and alcohol.

Many recreational and medical THC consumers argue that THC is a natural substance, and therefore its psychoactive properties are much healthier than those caused by big-pharma medications being prescribed by physicians today.

The use of medical marijuana and THC is incredibly favorable for patients suffering from severe illnesses, as it can be self-administered, as needed, and in the comfort of their own home, which is also true of CBD. Many prescribed psychoactive medical treatments require a prescription, and thus the dosage, cost, and frequency of use tend to be out of the control of the patient in most cases. Through the use of cannabinoids, patients have more control over their treatment.

The use of marijuana for THC’s psychoactive properties is very much debated terms of the law. Though several states have legalized recreational and/or medical marijuana, federal law in the United States considers marijuana to be a Schedule 1 Drug, due to it psychoactive effects.

In the world of cannabis, this classification has brought on a significant amount controversy, as marijuana, an all-natural plant, is classified as a drug with “no medical use” and is classified alongside hard synthetic drugs such as heroin and ecstasy.

Though the road to legalization of cannabinoids has been long and hard, covering a span of more than several decades, at this time THC is far more illegal than CBD in the cannabis industry.

How CBD and THC Interact 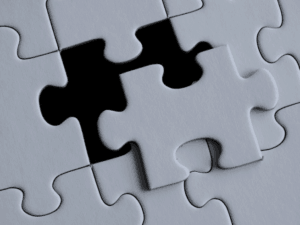 In terms of biology and neuroscience, CBD and THC have an incredibly complicated relationship. Miraculously, studies have proven that the effects of THC can be countered by CBD, when both cannabinoids are administered in conjunction with one another.

Known as the “entourage effect”, this CBD to THC phenomenon can quell paranoia and other negative side effects associated with THC. First discovered by S. Ben-Shabat and Raphael Mechoulam in 1998, the entourage effect has been repeatedly confirmed in various studies.

Generally speaking, CBD targets specific areas of the endocannabinoid system that THC does not. The manner by which CBD interacts with the body is slightly different than that observed with THC (more on this below), and therefore CBD reacts to the THC cannabinoid in very counterproductive ways. Though the entourage effect mainly outlines CBD’s ability to quell the side effects of THC – the high, the “munchies”, and lethargy, it has also been proven that CBD encourages the more positive side effects of THC as well.

“I think that the ensemble is a better idea than entourage, because the word ‘entourage’ implies one item moving in this direction – and it has company. It is [the item] that is responsible for that activity, and the others just go along. That’s entourage. The word ‘ensemble’ means that [multiple cannabinoids] are the things that are required for the best therapeutic effect, but you can manipulate the percentage of two of them.”

Though the researchers responsible for the discovery of the entourage effect explained THC and CBD as having more of an adverse effect on one another, as research continues on cannabinoids, findings suggest that THC and CBD can work both work against each other, and also work together in harmony.

What Makes CBD and THC so Different? 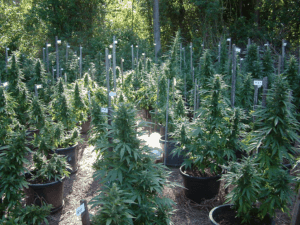 While THC can cause very noticeable euphoria and other side effects in a consumer, it has been found that CBD exhibits little to no side effects in contrast. This is mainly due to the manner in which THC and CBD react within the body, and throughout the endocannabinoid system.

The endocannabinoid system, discovered through a series of studies involving cannabis and its compounds, is wholly responsible for many motor functions, immune system functions, and nervous system functions in all mammals. It is the neurological system by which messages are sent and received via a complex network of biological receptors, or “endocannabinoids”. These receptors allow us to adapt to our ever-changing environment and has the ability to adapt to both psychiatric changes and physical changes to our environment as well.

THC and CBD are similar in the way that they interact with the ECS (the endocannabinoid system), though the manner by which they react is very different. Also, CBD has been observed as having an attraction to different areas of the ECS than that observed in THC, which leads to differing effects on the body and mind. It is these attributes which draw the line between CBD and THC, suggesting that both of these cannabinoids differ in some very significant ways.

THC and the ECS

THC has a proven affinity for specific ECS receptor types, the CB1 and CB2 receptors. These are the most abundant receptors found within the human brain. By targeting these neurological receptors, THC thus stimulates them and causes chemical balances to change.

These chemical changes cause the quintessential feeling of being “stoned”, through the use of marijuana. The health benefits of THC, as well as the euphoria (or dysphoria) experienced with THC are thus experienced after use.

CBD and the ECS

CBD’s interactions with the ECS tend to be geared less towards the ECS receptors themselves as with THC, and more towards the messages being passed between them. Through extensive research, it has been observed that CBD carries a very low affinity for the CB1 and CB2 receptors, though its effects on them can still be stimulating enough to exhibit significant health benefits.

Specifically, CBD targets the ionic pathways within the ECS, which are the “bridges of communication” between neurological receptors. By stimulating these channels, CBD encourages the transport of the ECS “messages”, or special enzymes and proteins that are used by the body to manage various functions.

How are CBD and THC Alike? 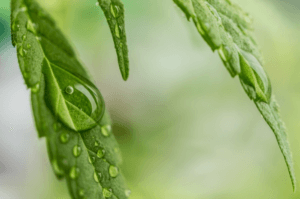 The main similarity between these two cannabis compounds is exactly that – they are both present in cannabis plants, and thus both are considered to be cannabinoids. There are many cannabinoid compounds found in hemp and marijuana plants, though THC and CBD are the most well-known, and the most studied.

In addition to being prominent members of the cannabinoid family, both THC and CBD are used in mostly the same forms – as oils, capsules, waxes, tinctures, or isolates. Methods of intake are nearly the same for each form, and both yield many health-related benefits.

Though the reaction to specific neurological receptors is slightly different between THC and CBD, both phytocannabinoid compounds are known to target areas of the ECS specifically. This common ground allows CBD and THC to create the ensemble by which maximum benefits can be reached.

To optimize your preferred cannabis experience, being knowledgeable about these two prominent cannabinoids is key. In understanding cannabis and the endocannabinoid family, as well as both THC and CBD, we can determine the wide array of benefits and side effects of each, and thus better understand their correlation with our bodies, the environment around us, and their benefits.